Yes, it’s true, I had the total pleasure of meeting Paul Newman back in the fall of 2004.  I had just been laid

off for the second time and was basically a “professional audience member” for the now defunct Jane Pauley Show.  Jane and I hit it off ever since I met her at her first taping and invited me to keep coming back.  Every time I was in the audience she always had a great show.  So I kept coming back. I was Jane’s “Mrs. Miller, ”  who was a “professional audience member” for The Merv Griffin Show.  When Paul Newman was on, I got my front row seat.  After the taping, I was able to shake his hand briefly and say hello.  He was a quiet and very gracious man with not a lot of words, just kindness in his amazing steel blue eyes.  The show on Jane was focused on his Hole in the Wall Kids Camps. In fact, most of the kids were in the audience from the camp.  For someone so ensconced in celebrity, he 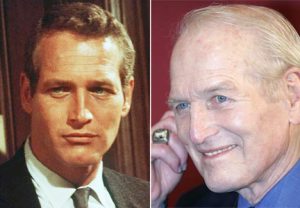 never let it go to his head and always gave back with whatever he could.  My only regret was that I wasn’t able to get a photo with him, but I will always remember that smile and his amazing eyes.  I was fortunate to have met him and even though it’s been a few weeks since he died, I know there’s a huge hole now that he’s gone.

That fall I also met several other stars and had some interesting encounters- I met Richard Branson who was promoting his then book- Losing my Virginity. He was incredibly sweet and so gracious.  When I shook hands with him, he saw I had his book and offered to

sign it for me.  I then proceeded to tell him how much he had inspired me with all he had accomplished and how he was giving back.  He was so enamored with my comments he leaned over and gave me a big kiss on my cheek and said that was the sweetest compliment he’d gotten all day.  Again, I wasn’t able to get a photo with him either.  You see the rule on the set was no photos- so another opportunity I’d have to rely on my memory to savor that wonderful experience with him.

I also met Bette Midler (Loved her- she was so sweet, gracious and loves her charities), Carolyn Kepcher (who signed her book Carolyn 101 for me), Bill Murray, Martha Stewart and more… Let’s just say 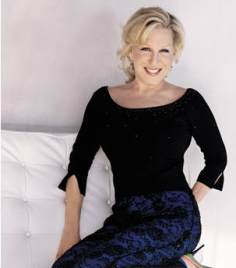 it was the most fascinating year for me.  After my whirlwind experience being a “professional audience member,” the show was unfortunately canceled after the first season and I ironically then found another corporate job- funny how it all happened.

Yet, the interesting moral of this story is now looking back at how far I’ve come since then. I had to be laid off one more time before starting my own successful marketing, coaching and consulting business.  And the one thing that I regret about that summer and fall of 2004 was that I wasn’t able to catch any of it on camera.  (Ok, yes there are several shots of me on those tapes laughing, and crying as an audience member.) But I wasn’t able to get any photos with any of the stars I met from the show, with the wonderful exception of Jane Pauley.

Now of course I bring my camera wherever I go and get my photo taken with a lot of people.  (I also have

other celebrity tales which I’ve mentioned before- like meeting Gene Simmons and Dan Kennedy and some I haven’t wrote about- meeting Phil Donahue, Melissa Etheridge and having an inspiring one on one meditation with Marianne Williamson) The real lesson is- don’t under estimate the importance of attaching yourself to a celebrity.  I’m not just talking about movies or TV stars, there are celebrities everywhere in every industry.  By attaching yourself to an important and notable celebrity in your industry, it will really help establish you as more of an expert in your field.  It will give you

more stature, presence and people will look up to you, be interested and even possibly intrigued by you.

Don’t ever leave home without your camera when traveling about. Here’s my favorite traveling around camera- Canon’s G9– it’s a little pricey, but THE BEST point and shoot there is!  So grab your camera and bring it along where ever you go-and don’t hesitate to ask to have your picture taken- just don’t forget to smile!

Put Your Ass Where Your Soul Wants to be…